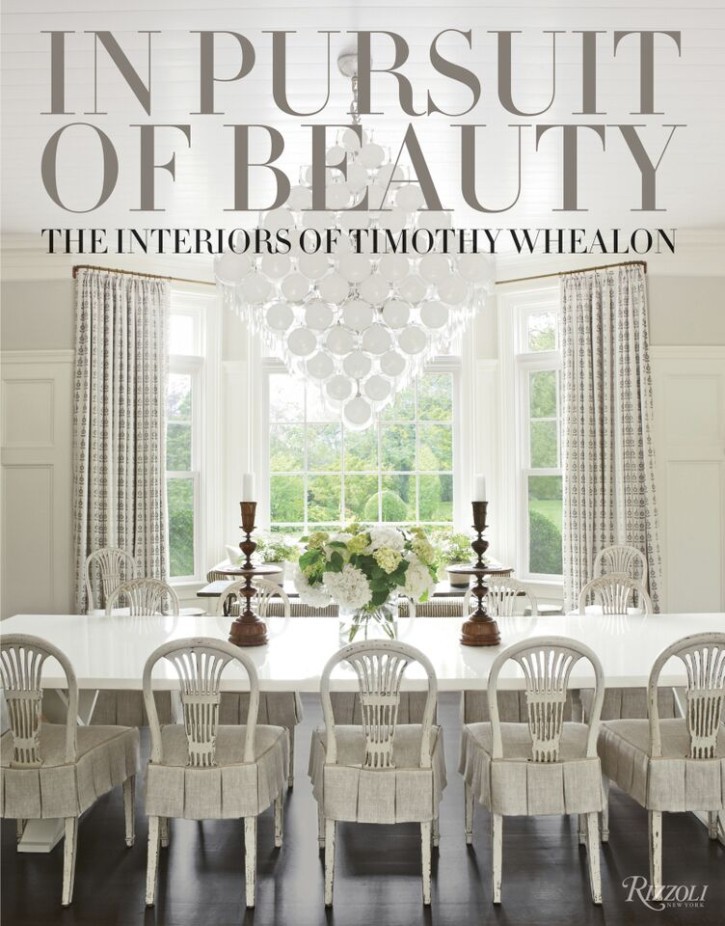 The pursuit of beauty took young college graduate Timothy Whealon away from Wall Street and the world of finance to follow his passion for the decorative arts in Europe. There he spent months in great English country houses such as Houghton Hall and Spencer House, studied at Sotheby’s Institute of Art and spent weekends in Paris.

When he eventually returned to New York, he enlisted in Sotheby’s management training program where he was able to view objects up close, handle them and observe experts cataloging and evaluating their condition–“a very different experience from my years of studying art in an academic setting,” he says.

Whealon’s pursuit of beauty, influenced by Europe’s Old World art and architecture and New York’s 21st Century energy, first began in his childhood in Milwaukee when, as an artistic child, he collected butterflies, stamps and coins. “Growing up on Lake Michigan, I developed an appreciation for wide, open spaces and the reflection of light on water,” he said. “Today, I begin every (interior design) project looking out the window, as the space beyond is just as important as the room I am creating and often informs my design decisions.” 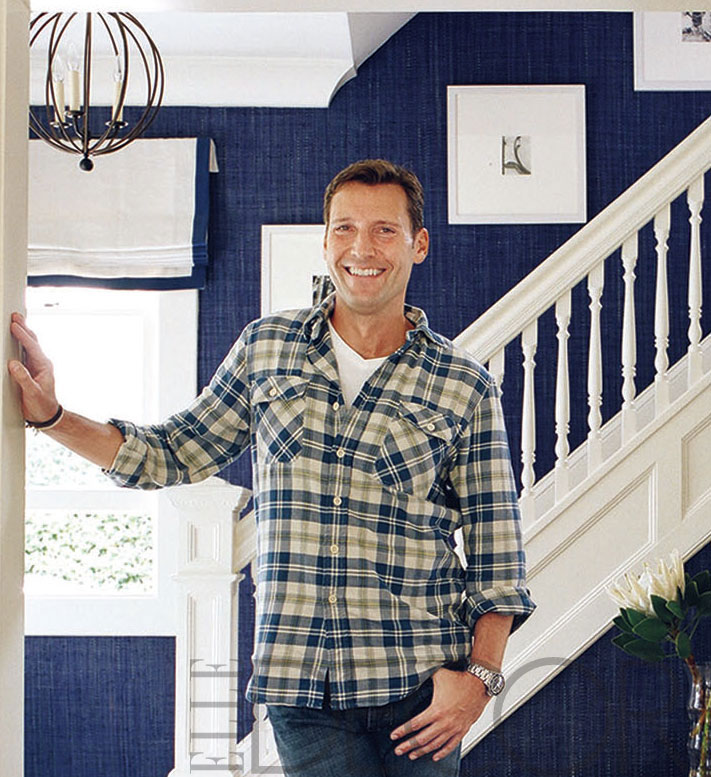 Timothy Whealon in the 1915 four-square shingle Hamptons cottage he renovated and designed.

Today, Timothy Whealon Inc. specializes in high-end interior design with a focus on fine and decorative arts. Whealon’s Wisconsin upbringing, time in Europe and his home base today in Gramercy Park, New York continue to inform his designs. “While the mixture of old objects, old rugs and textures and the idea of layering permeates my designs, the end result is a crispness in my interiors,” Timothy told Hadley Court. “They are both modern and timeless.”

Timothy’s design work has been published in ELLE DECOR, House Beautiful, Veranda, House and Garden, Architectural Digest, Domino, The New York Times Home section, and is now the subject of the stunning just-released book, “In Pursuit of Beauty: The Interiors of Timothy Whealon.” Published by Rizzoli, the book showcases interiors ranging from a Hamptons glass house to a Monaco Villa and from a London Town House to the Long Island Country House pictured above.

As diverse as the settings are for his interiors, one quality is consistent throughout, Whealon said. “If I had to choose one word as my design mantra, it would be purity. My interiors, whether grand or casual, have a purity at their base that conveys a feeling of openness, space and light.”

Come along with Hadley Court to get a “first look” at some of the interiors showcased in Whealon’s “In Pursuit of Beauty,” and the story behind each room:

The dining room setting above is from a six-story Carnegie Hill Townhouse on Manhattan’s Upper East Side. It combines antique Swedish painted rococo chairs, a 1940s gilt metal sconce, a sleek modern Parson’s table and 19th Century Irish cut glass vases to create a delicate balance between history and modernity. All is set against seafoam green walls in a combed plaster, a color that “looks beautiful in the daytime and really magical at night with the lights dimmed,” said Whealon.

In the Monaco villa master powder room, above, Whealon does the unexpected by using an over-scaled chocolate brown and cream grasscloth wallpaper in a small, narrow room. “It added interest and enlivened the space and made it feel like there was more air,” he said. “I believe solid walls would have closed the room in.”

One of the greatest luxuries in Monaco is a large private garden, which this villa has. Whealon worked with an Italian landscape architect to design and furnish the exterior space above. He mixed Restoration Hardware wicker sofas with custom-made metal tables with marble tops.

The Long Island country house dining room that appears on the cover of “In Pursuit of Beauty” creates a “wonderful dining experience,” said Whealon. “I’ve had dinner there and it is so fun. You can seat 14-16 people at the main table and a few at the settee and a bistro table in the large window behind it.” Antique Swedish chairs with custom pleated linen slipcovers surround a high-gloss white lacquer trestle table that is “indestructible,” said Whealon, and injects a strikingly modern note in a traditional context. So does the 1960s glass Vistosi disc chandelier.

Whealon dedicated his new book to his grandmother, Beatrice Marie Moquin, “who taught me by example that beauty lies in simplicity.” His grandmother was an Irish American who grew up on a farm in Wisconsin and “lived a simple life in great dignity. She was an amazing cook and baker. She made a lot of a little, and did it beautifully.”

Her pursuit of beauty in the everyday continues to inspire Whealon in all of his endeavors.

All photos courtesy of Timothy Whealon Inc. and Rizzoli USA.