The Backstory On Rue Magazine

If you’re not familiar with Rue Magazine, it is a 5 year old online only magazine that has taken the publishing world by storm.

With millions of page views per month and a Facebook following of over 550,000 loyal fans, http://ruemag.com is one of the top *go to places online* for today’s modern mix of well edited, fresh interiors inspiration.

Rue was founded by Crystal Palacek 5 years ago this month and we encourage you not to miss Crystal’s own story of what she’s gone through to make Rue the success it is today in the new October issue. It’s a wonderful story of resilience for young women everywhere to read.

Fast forward to today..and #HPMKT has partnered with Rue Magazine to bring you all the latest from market, via the eye of their own editors and the StyleSpotters, who recently gave interviews to Rue’s style editor, Victoria de la Camara.

What follows are some early Fall 2015 favorites of each StyleSpotter, along with a quote from the Rue Magazine article about their unique design style.

” My personal and professional style is classic, stylish, clean, timeless, pops of color, transitional – somewhat modern, inviting and very edited. I hate clutter, so I select pieces for my clients with detail and texture to speak for themselves.”

“I am a creature of my upbringing.  While I was not born on the West Coast, I consider California where I “grew up” design-wise.  I love the laid-back louche aesthetic with a touch of luxe whimsy whether it be in a piece of art or a fabric mix.  My goal is make the client smile every time they enter into a room.”

” ‘Happy’. I want to make my clients smile when they are in their home.  We design many coastal residences, so typically they are fresh, crisp, and light – with pops of color!

“My personal design style is classic with a global influence. We’re based in Manhattan and Los Angeles – so my work highlights the sophistication of New York with the flavor, and just a twist, of California.”

“I would describe my personal design style as classic contemporary. I love to infuse spaces with a mixture of traditional and contemporary elements, blending simple furniture lines with a few statement pieces. I also love to bring in fabulous yet highly durable fabrics that elevate the design while giving my clients the freedom to actually live in the space.”

Fall 2015 #HPMKT StyleSpotter, Seattle based interior designer, Beth Dotolo, one half of Pulp Design Studios along with her partner, Dallas based Carolina Gentry, chose B. Pila’s PICK ME UP Swing as her early Fall 2015 #HPMKT favorite for Rue.

“My personal style and my firm, Pulp Design Studios’ style, is modern, dynamic, and infused with a flair for the unexpected. “ 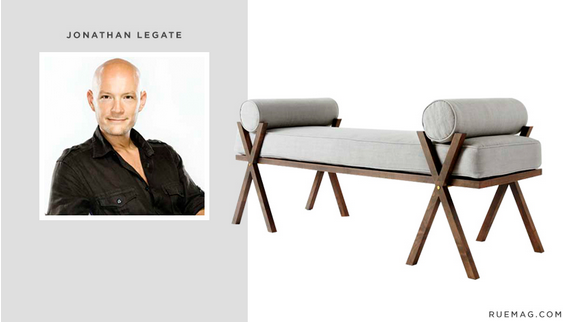 “Gracious living, timeless design and family traditions. Color and texture are very important for me, where each room, layer by layer, gives a sense of history and timeless elegance.”

See what else the Fall 2015 #HPMKT StyleSpotters had to say to Victoria de la Camara, Rue Magazine’s Style Editor, by clicking here.

We are so excited to bring you, dear readers, the latest in trends that will stand the test of time. Please follow the Pinterest account of High Point Market so you can be the first to see everything, not only from Leslie, but also her fellow 2015 #StyleSpotters:

And, as always, thank you for reading Hadley Court. We appreciate YOU.
~~~