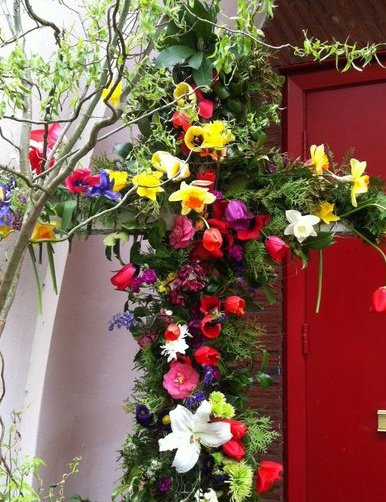 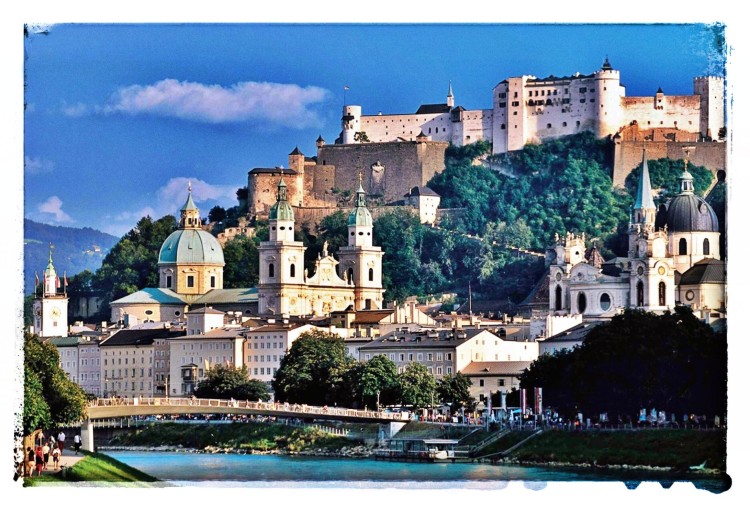 As many of you know from previous posts, my family and I visited Salzburg, Austria a few weeks ago. The photo above is the view from my hotel. Have you ever seen anything more beautiful? Although the photo is beautiful, the actual view is beyond stunning. Salzburg is situated on the Salzach River with the Fortress Hohensalzurg nestled in the hillside overlooking the city. The fortress served as a fortification and temporary residence of the prince archbishops for many years, as well as a military barracks and a prison.

Salzburg was the birthplace of Wolfgang Mozart in 1756. This is where Mozart began spreading his music across Europe and made the city of Salzburg a fixture in classical music circles.

Beyond the natural beauty of Salzburg and being the birthplace of Mozart, the city was home to the musical von Trapp family. The movie, Sound of Music, is based on the von Trapp family and was filmed in Salzburg. If you are in Salzburg, you must take the “Sound of Music” Tour. Although a bit hokey at times, the picturesque countryside is even more magical than it is portrayed in the film.

Our tour began with a tour of the actual home where the von Trapps lived. Although there was no filming in the home, it was fun to see all of the family’s memorabilia. The home operates as a small hotel.

This is a portrait of the family hanging in the hotel. According to the hotel manager, Baron von Trapp was very kind and nothing like the strict authoritarian figure portrayed in the film.

We enjoyed a late breakfast at Leopoldskron Palace where filming for the movie actually took place.

This is the ballroom in the castle where we ate breakfast. The ballroom is not pictured in The Sound of Music but we felt like royalty eating in such a palatial setting.

The photos above are the backyard, patio and lake where scenes in the film are portrayed depicting the back of the Von Trapp family home.

A few photos of the lovely countryside. Is this a slice of heaven on earth, or what?

Do you remember the song “I Am 16 Going On 17” by Rodgers and Hammerstein and the romantic gazebo scene between Liesel and Rolf?

And finally, the beautiful wedding scene between Maria and the Baron von Trapp.

The exquisite church in Mondsee where the wedding was filmed.

Our children, who relived the film’s scenes with us, on our summer vacation visit to Salzburg.

I hope you have enjoyed my photo diary of our trip to Salzburg. I realize the pictures are not post card perfect. What was perfect, though, was the fabulous family time we enjoyed in the glorious city of Salzburg with its musical heritage, charming architecture and luscious countryside.

Our summer vacation was truly a magical fairy tale and I will be forever grateful for the priceless memories.

« Congratulations! And The Winner Is…
Introducing Artist Patricia Van Essche of PVE Designs »