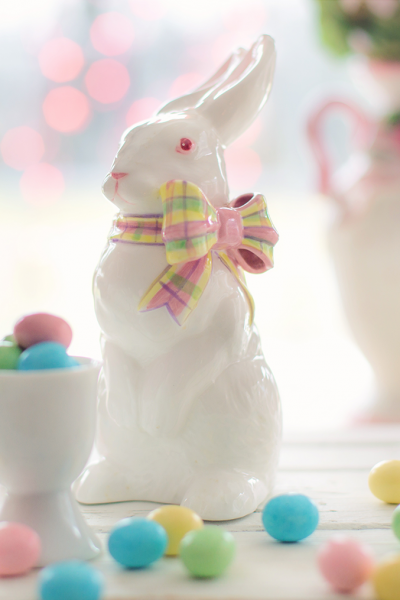 From storybook streets and lush canals to ancient grandeur,

And from colorful, bike-filled waterfronts to the most sacred of spaces,

…these are some of the contrasts found in in two of the greatest cities in the world: Amsterdam and Rome.

As I wrote recently on Hadley Court’s blog, From Italy with Love:La Vita e’ Buona, my daughter, Ashley, recently had the blessing of studying abroad for a month at the Lorenzo de’ Medici Institute in Florence, Italy. On the weekends, she and her fellow students were encouraged to venture out to see other parts of Italy and Europe. While she thoroughly enjoyed locales such as Venice and Siena, her two favorite destinations were Rome and Amsterdam.

She was torn between the two cities as to which was her favorite. But perhaps as you enjoy this virtual tour of Amsterdam and Rome, compliments of Ashley’s photography, you’ll be able to decide which one you like best or would most like to visit.

Amsterdam: “Venice of the North”

Amsterdam, the capital city of the Kingdom of the Netherlands, is often called the “Venice of the North” because of the picturesque canals and waterways common in both cities.

Compare for yourself. Here’s a Venice canal scene:

And here’s a view from just one of the approximately 100 canals and 1,000 bridges in Amsterdam:

While both are idyllic and magical, Ashley said she found Amsterdam to be more open and lush and more pedestrian and biker-friendly. Amsterdam is a large city of approximately 820,000 people,  yet it “feels in many places like you are in the countryside because of the fresh air and abundance of trees,” she said, noting it has all the perks of a major city “without the grime and stress.”

Bicycles and bikers are so abundant in Amsterdam that there are parking garages for bikes, and lanes wider than sidewalks reserved for bikes. The biking lifestyle creates a carefree, leisurely atmosphere in the city.

Buildings in Amsterdam tend to be tall and made of brick with stately and classic architecture, often with a Dutch feel and pops of cheerful color on every street.

Though laid back and relaxed, Amsterdam is one of the top financial centers of Europe and is the cultural center of the Netherlands, with such compelling attractions as the Van Gogh Museum and Rembrandt House, the Anne Frank House and the famous Vondel Park.

With its waterways and bridges, Amsterdam is especially beautiful at night.

While Amsterdam originated as a small fishing village in the 12th Century and is steeped in history, few places rival the historical stature of Rome, founded in 753 B.C. and considered one of the birthplaces of Western Civilization.

Touring with a group from Lorenzo de’ Medici (LdM) Institute, Ashley’s first stop in Rome was at the massive Colosseum, seen here in the day and at night:

Their LdM guide told the group that, in its prime, the Colosseum could hold up to 80,000 people when Rome’s population was about one million. The gladiators who fought there, if successful (i.e. if they survived), were as famous as our sports superstars today. If you look at the bottom of the photo below, you can see the inner pathways that held the foreign animals and the gladiators before a fight. The floor contained many trap doors as well.

How ironic that, right outside of the Colosseum — a center of religious persecution of Christians for many years — is the Arch of Constantine. Constantine the Great, as you may recall, converted to Christianity and played an influential role in proclaiming the Edict of Milan, which decreed tolerance for Christianity in the Roman Empire.

After the Colosseum, the next stop was the ruins of the Roman Forum, a center of civic government and recreation and a massive marketplace that is now the largest archeological site in the world.

The next stop was Vatican City, which is an autonomous country within the city boundaries of Rome. The Vatican is completely unique as “a country within a city.”

After having to go through customs in order to enter the Vatican and then passing through many museums full of sculpture, art and Roman busts, the group saw the Sistine Chapel filled with stunning fresco paintings such as Michelangelo’s image of creation where Adam touches the hand of God.

The group then arrived at the culmination of their Roman journey: St. Peter’s Square and Basilica.

Ashley said there was no way she could have comprehended the splendor and heavenly majesty of St. Peter’s Basilica, which she described as a “heaven-on-earth place” that was awe-inspiring, moved her deeply and brought tears to her eyes.

The dome on top of the basilica has windows around the circumference through which the sunlight streams, “and it was like heaven itself shone in the church that day. A choir singing made the whole experience even more angelic,” Ashley said.

Another highlight of St. Peter’s was seeing Michelangelo’s Pieta, a powerful and lifelike portrayal of the lifeless body of Jesus after the crucifixion.

The religious, architectural, artistic and historical significance of everything the group saw in Rome was profound. From the interior of the Pantheon…

…to the Four Rivers Fountain…

to the Piazza Venezia,

..the beauty and meaning was endless.

Ashley’s time in Rome was topped off by a traditional, authentic four-course Roman meal that included a plate of vegetables, pasta carbonara, eggplant parmesan and tiramisu.

Is this enough flavor from Rome and Amsterdam for you to decide your favorite?

(Or maybe you have already visited one or the other or both).

For my part, after getting to live vicariously through Ashley’s adventures in both cities, I’ve decided that I appreciate Rome and Amsterdam equally for the richness they have to offer to the human spirit, mind and body.

All photos by Ashley Caroline Shaver.

« The Many Doors of Paris
WIN Gabby Home’s Sweet *CAROLINE* Chest This Week! »